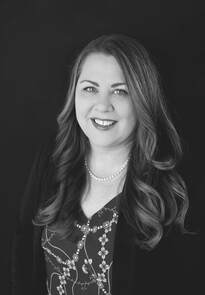 Amber Clark began her career in 2002 in broadcast television and marketing in Knoxville, TN for CBS affiliate, WVLT and hope shopping network, Jewelry Television.  In 2004 she joined the Marketing and Training team for Ruby Tuesday corporate headquarters in Maryville, TN.  After a move to Virginia, she became the Marketing Manager for an international B2B and B2C company, Strongwell.

In 2014, Amber began her role as Director of Marketing for Arbico East and Peak Restaurants, a dual branded franchisee with 27 restaurants in Tennessee and Virginia. Amber served the 14 Arby’s and 13 McAlister’s Deli restaurants by developing, guiding, and supporting a marketing strategy that included local restaurant marketing, event planning and promotion, public relations, advertising, social media, internal communications, and philanthropy.  During her time at Arbico East, she was awarded the Arby’s Marketing Excellence Award by ARG in 2017 and was asked to be a panelist at the Worldwide Convention.  Amber joined AES as Director of Marketing for all AES Restaurants in January 2022 when Arbico East was acquired by AES.

Amber met her husband, Champ, at Lincoln Memorial University, where she graduated with a BA in Mass Communications and minored in Art.  Amber is a first-generation college graduate and is called “Mom” to 2 girls (age 14 and 11) and a surprise baby boy who arrived in 2020.  She is on the Board of the Abingdon Little League and PTO, loves family game night, her kids’ sports, traveling, and the Braves.