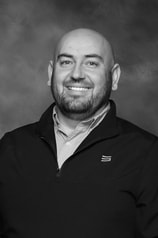 Native to Transylvania, Romania, George started his journey with Arby's by chance while in college in Romania studying Public Administration by joining a summer Work and Travel Program (similar to a J1 program today). He began with the Carisch Group, an Arby's franchisee in Bozeman Montana in 2007, and decided to make the move permanently. George had the pleasure to work with great mentors within the organization that helped him move through every rank in the restaurant, from team member to Shift Manager, then to Assistant Manager and ultimately, General Manager. He then helped to of his restaurants become NCTRs (National Certified Training Restaurant) while in Montana in 2011 and 2013. In 2014, Georg relocated to Iowa for a multi-unit role within the organization.

George says his greatest accomplishments lie with his people and the cultures that they created together. In 2018 in Iowa, his teams were able to achieve NCTR status at 4 locations out of the 7 in the Area and win the Red Hat Silver Cup Contest in the Company.  He also had an Inspiring Smiles winner from Iowa in both 2021 and 2022 out of the entire Arby's Brand and proudly represented AES as the Company Inspiring Smiles Winner in 2022.

When not working, he likes reading, gardening, and spending time with friends and family. He has an older sister that lives in  Verona, Italy, and a younger  brother in UK, as well as most family still residing back in Romania, Switzerland, and Portugal where he loves to get as often as possible.