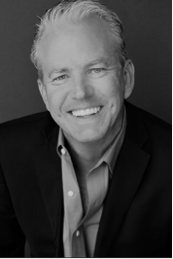 John started his career in the restaurant business at the age of 16 when he went to work at “Grandy’s” restaurant in Jefferson City, Missouri. By the age of 18, he was promoted to Assistant Manager and began to realize that fast food was more than just a job, it could a profitable career. After moving to Kansas City with Grandy’s, he was promoted to General Manager of the Kansas City, Kansas store. John was later promoted to Training Manager in Topeka, Kansas before leaving Grandy’s and joining the RTM Arby’s team.

In April of 1991, John began his career with RTM Arby’s at Unit 1387 in Topeka, Kansas. After only 18 months with RTM he was promoted to Area Supervisor of four Arby’s units in Lafayette and Crawfordsville, Indiana. After opening two new units in Lebanon and Lafayette, Indiana, John was transferred to Indianapolis, Indiana where he continued his service as an Area Supervisor.

In May of 1998, John was promoted to Vice President of Operations for the Mid America Region. Over the next few years his area of control expanded from the Indianapolis market to include Ft. Wayne and Evansville, Indiana in addition to, Louisville and Lexington, Kentucky earning him the promotion of Region Vice President in May of 2000.

In September of 2004, John left RTM to become an Arby’s franchisee with the purchase of six Arby’s units in Lafayette, Lebanon, and Frankfort, Indiana. It is with the acquisition of those six Arby’s units that AES Restaurant Group, LLC was formed.

John is currently the Arby’s Franchisee Association Chairman.  He has three children and is engaged to be married in June 2022.